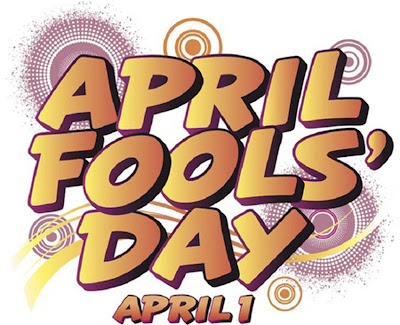 Happy April Fool's Day! Don't be gullible and be fooled by pranks! XD
Today we have a very special guest..... T. Rae Mitchell, the author of Fate's Fables. No, this isn't a joke. Keep going for a giveaway and an interview with T. Rae!

Some info about this lovely lady: 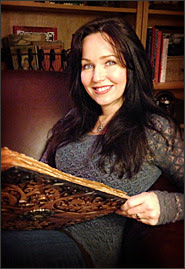 T. Rae Mitchell is an incurable fantasy junkie who spent much of her youth mesmerizing her younger sisters with stories sprung from her crazy imagination. Over the years, her craving for the rush of being transported to fantastical realms became more acute.So it was only a matter of time before her habit got the best of her. Grief stricken one day upon discovering that her supply had dried up (her favorite bookstore had closed), she decided she'd had enough. Abandoning her career as an award-winning graphic designer, she entered a fantasy world of her own making called Fate's Fables. She lives in British Columbia with her husband and son who are helping her hope with her addiction. Fate's Fables is her debut novel.

1. When will Fate's Keep (sequel to Fate's Fables) be released? *crosses fingers*

Tough to say exactly, but I'm aiming to get it out in early 2014.
2. Where did you find these 8 fables? Did you rewrite them and change the plot a little?

From the very start I never had any desire to remake existing stories because there are already so many new spins on the old classics. My goal was to write wholly new fables that gave the reader the feeling these stories had been around forever. To do this, I completely immersed myself in as much folklore, mythology, fairy tales and fables I could get my hands on and studied the old storytelling styles. Being such a visual person, I then poured over tons of art, both ancient and current, until I found ones that evoked the kernel of a story in my mind.

For example, Arthur Rackham’s illustration, The Magic Cup, was one that sparked the idea for The Goblin Queen. The scene shows this entranced girl staring at a gleaming goblet held up by some slithering green creatures coming up out of a murky pool. I wanted to know if she was under their spell. Were they giving her a gift, or luring her into danger? I’ve tried to find out what the story was behind this particular illustration, but haven’t had any luck. So if anyone can tell me, I’d love to know!

And that’s pretty much how I came up with the initial concepts for my 8 fables, knowing I would then write them with the intention that each one would grow darker and more complex than the last.

3. How on earth did you come up with this crazily unique idea of incorporating fables into your
novel?

The idea was born after my favorite bookstore closed. This was a charming little place full of eye-catching book displays, hardwood floors patched with copper plates and book ladders that rolled along the brick walls of the century-old building, which was originally a granary. I was upset and couldn’t stop thinking about the hollowed-out store. So one day––in the shower actually–– while having a major pout about it, I wondered what I might see if I peeked through the windows. Had anything been left behind? Strangely enough, my wild imagination offered up a giant ten-foot tall book, a magic Book of Fables to be exact. And then a girl named Fate stepped into the deserted bookstore. I’d never had a character just pop into my head fully named before. I usually spend a lot of time choosing names, looking up the meanings and really making sure it fits the character. But that was her name and I knew Fate was destined to plunge inside the Book of Fables, travel through 8 dark tales and somehow rewrite them into happily-ever-afters.

4. When I read the first fable "The Lonely Sorceress", it seemed more like a myth to me. I always associated the word "fable" with stories like "The boy who cried wolf" and the word "myth" with Greek and Roman myths. What do you think is the difference between fables and myths?

I realize that fables are more commonly perceived as short stories, such as in Aesop’s Fables, while the Greek and Roman myths are more epic in scope. But for me, whether the label is fairy tale, fable or myth, they’re all stories encompassing the supernatural and elements of magic.

Did you choose to use the word "fable" because of the alliteration with Fate's name?

Actually, the working manuscript was titled Fate’s Bookstore. But after a while it became clear the novel should be called Fate’s Fables, since the fables play such a huge role, while the bookstore was a very small part of the story. So I more or less fluked into the alliteration.

5. Is there an author, past or present, who you particularly admire?

Garth Nix is my all time favorite. I love his Abhorsen trilogy. His unusual concepts and lovable characters have influenced my work more than any other writer.

6. What is it like to be a graphic designer? What did you have to do?

Graphic design is challenging in that you have to take a client’s product or service and create a visual representation, such as a logo, a brochure or packaging, which instantly communicates to the public what that service or product is and does. Sometimes that can take several rounds and many adjustments based on client feedback, and other times I’d hit a home run the first time, which can be a very rewarding experience. But it doesn’t hold a candle to the thrill of creating wholly new worlds.

7. How long did it take to write Fate's Fables?
Five years. The initial concept and bare bones of the story took me nine months to write. But I’d bitten off a lot with weaving my main storyline throughout 8 different stories. Over those five years, I often asked myself what I was thinking taking on such a complicated plot! So needless to say, I had to step up my game and it took some time to really get my writing chops down. All in all though, I thoroughly enjoyed writing this first book and loved living in Fate’s world.

Thank you Ms. Mitchell for this wonderful interview!

We are having a GIVEAWAY of a paperback copy of Fate's Fables!

a Rafflecopter giveaway
Posted by Unknown at 8:50 PM