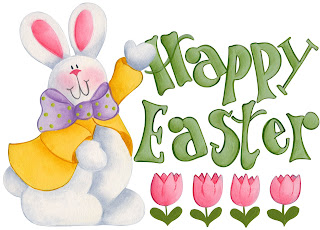 Happy Easter! Today on this religious day that also symbolized bunnies, eggs, and peeps (those yummy marshmallow birdies), we have a review of an amazing author's debut novel. Stay tuned for an interview with Ms. Mitchell and a GIVEAWAY tomorrow!


And remember: Eat lots of peeps!

A huge thank you to Ms. Mitchell for sending me this book for my fair and honest review! 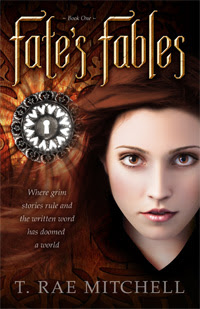 
Seventeen-year-old Fate Floyd loves adventure –– as long as it’s enjoyed from the comfort of her couch. So it’s probably best she has no idea the future of the universe rests squarely on her shoulders.


Summoned by a desperate stranger's spell in a last ditch effort to fix a colossal screw-up, Fate's cast into a secret world bound by the ancient Book of Fables to retrieve a magical object powerful enough to set everything right. The only problem is, once she’s inside this savage wonderland, her only way out is to change the endings of the book’s eight dark fables into their mirror opposites. Fortunately, she doesn’t have to run this gauntlet alone, because she meets the mysteriously familiar Finn, who’s as inexplicably drawn to her as she is to him.


As they endure horrors beyond imagining, Fate awakens to powers she never knew she possessed and Finn questions his very existence, while an insidious darkness changes him in frightening ways. Ultimately, Fate must confront the faceless evil concealing itself behind the eyes of her one true love or remain trapped within the Book of Fables forever


Fate’s Fables is unlike any other fantasy novel I have read. Ms. Mitchell has a unique writing style with a quality almost like great fantasy novels of the past such as Lord of the Rings. She uses so much description and imagery, a trait in books that is sometimes dismissed as being “boring” in the 21st century. This is not one of those paranormal fantasies that are solely about the drama of a teenage girl dating a mystical creature. Fate’s Fables is about a girl leaving her sheltered life and embarking on a journey to change the lives of people living in eight different worlds. A girl who must abandon every moral, every idea she thinks is right to come out of these places alive.


The main character is a young woman named Fate. She is the author of a surprisingly successful fantasy novel called Magick Brew. She is a single child raised by her ever loving and devoted father, Eustace, who tried his best to keep her innocent from the dangers of the world. Her life changed for good when she finds a mysterious stranger named Finn at her deceased grandma’s bookstore and a giant book of fables that she never knew existed. Fate and Finn are literally transported by the book to a fable. To get out of the book’s 8 fables, they must change the horrible endings of the stories into happily ever after’s.


There isn’t a single thing about this novel that I disliked. I will admit, if I wasn’t given a copy of this book by Ms. Mitchell, I probably would never have read it. The idea of combining fables with a fantasy plot seemed shaky to me. But I was definitely proven wrong! The idea of changing the endings of these fables to happy ones intrigued me. The beginning of this novel confused me a bit, but I quickly caught on to what was happening. As I kept reading, the story and the writing just got better and better!


I loved the character development in this novel. Fate’s Fables is written in third person, but the point of views somewhat switched between Fate and Finn. Their emotions are described so well, I could really relate to and understand what they were feeling. Their romance caused each other so much pain and suffering, yet they still pulled through and managed to make it work. <3 Fate and Finn. One of my favorite book couples!


The 2 other main characters, Sithias the winged serpent and Gerdie the supposedly “young” and “little” girl found a special place in my heart. I don’t remember the last time I read a book that had such heartwarming and hilarious characters. I attribute this to Ms. Mitchell’s FANTASTIC writing! P.S. This is her DEBUT novel! Even more props to her for writing such a great first novel!


Fate’s Fables ended in a cliffhanger that left me heartbroken. There isn’t an exact release date for the second book, Fate’s Keep, but I hope it will be soon!


All in all, I recommend Fate’s Fables to ANYONE looking for a good read! Even if you don’t like fantasy novels, read this book! It will suck you into its world and you will be cheering on the characters from the sidelines, wishing and hoping that they will escape each fable with their limbs intact.
There also happens to be a trailer for Fate's Fables: